River blindness (also known as onchocerciasis) is an eye and skin infection caused by parasitic worms. In 2018, 218 million people were in need of river blindness treatment, the majority of the burden being in Africa, according to the World Health Organization. It is transmitted by the repeated bite of black flies carrying the parasite that live on the banks of fast-flowing rivers and streams.

After trachoma, river blindness is the second leading cause of blindness from infection and the fourth leading cause of preventable blindness. The socioeconomic burden of this disease extends beyond the infected individuals, affecting entire families and communities.

With the bite of a black fly, microfilariae (early stages of the parasitic worm) enter the human body and mature to adult worms where they can live up to 15 years and release about 1,000 microfilariae a day. A black fly can bite an infected human and ingest these microfilariae, transmitting it to the next human it bites.

Many people experience itchy skin, rashes, skin nodules, and vision impairment. If left untreated, the severe itching can lead to lesions and bacterial infections causing skin to become rough and coarse with patchy depigmentation. Vision impairment occurs after many years of severe infection and therefore is usually only present in individuals over the age of 30. Inflammation caused by the microfilariae dying in the eye results in small opaque spots on the cornea. If left untreated, the cornea becomes permanently cloudy and all the anatomical parts of the eye, including the optic nerve, are damaged, leading to irreversible blindness. 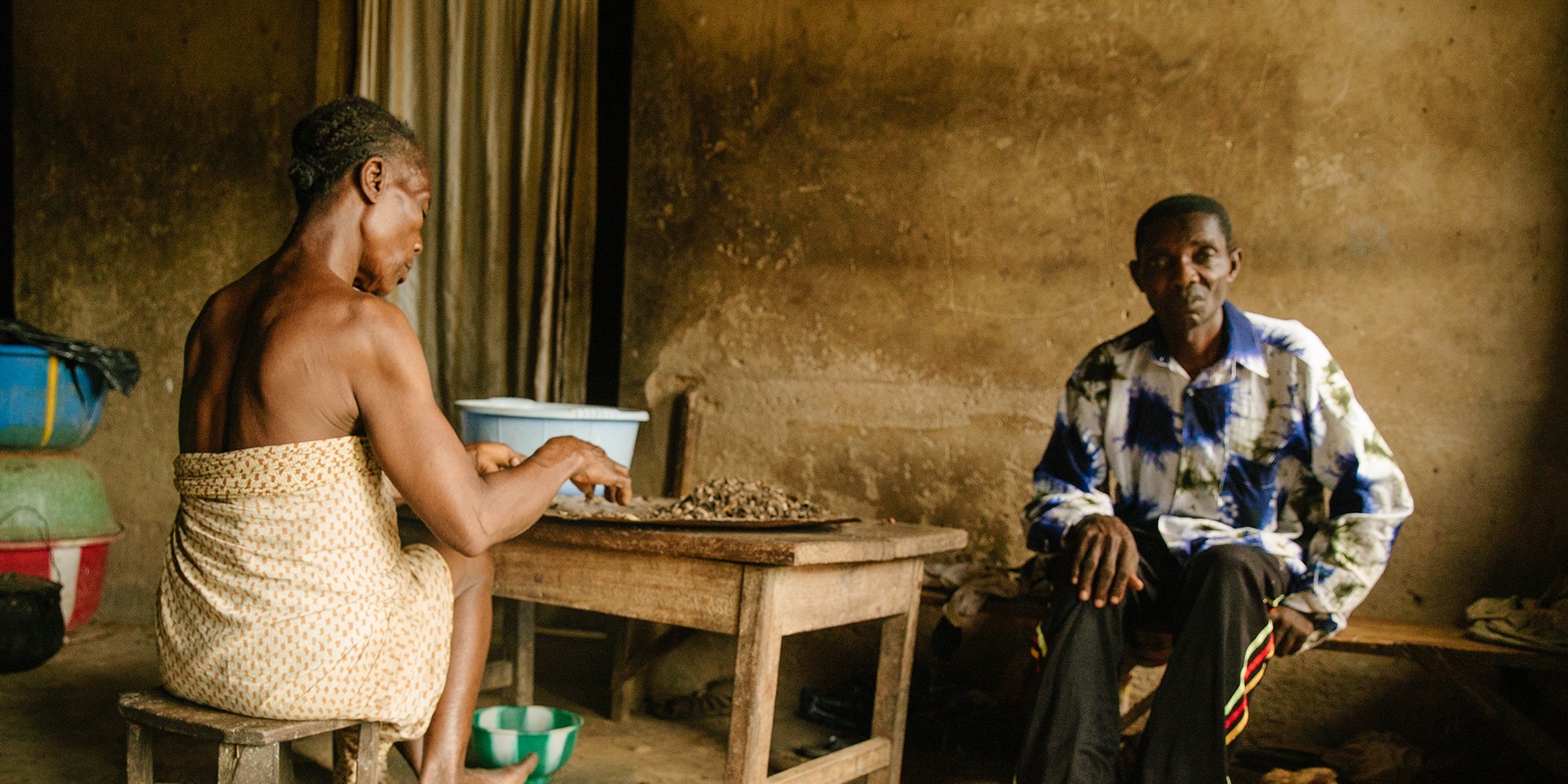 GETTING TO THE END WITH RIVER BLINDNESS TREATMENT:

Once diagnosed, the safe, fast-acting, and effective river blindness treatment is ivermectin (Mectizan®). Community treatment is on an annual basis and usually continues for 10-15 years, the life cycle of the adult worm, to ensure that all the microfilariae in circulation and being produced by the adult worm are killed.

In 1987 the pharmaceutical company Merck & Co. announced the creation of the Mectizan Donation Program to donate tablets for river blindness control to all who needed it, for as long as needed. Sustainable, community-led mass drug administration of ivermectin is currently the primary control strategy for the disease. The WHO’s goal to eliminate river blindness is 2030.

The risk of blindness due to the disease in West Africa used to affect up to 50% of adults. Entire communities abandoned their fertile river valleys, leading to higher levels of poverty and famine.