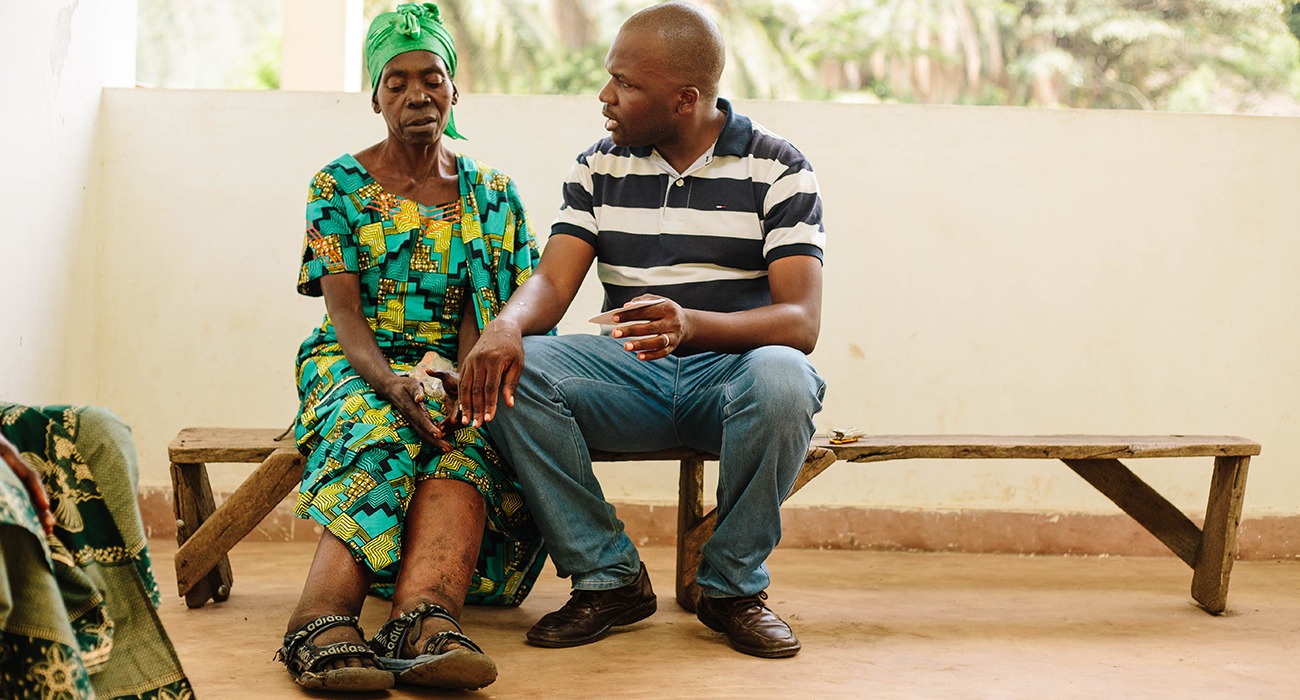 Lymphatic filariasis (LF), commonly known by its advanced-stage symptom, elephantiasis, is a mosquito-borne disease caused by parasitic roundworms. It is estimated that more than 893 million people are in need of treatment for this disease, with 43% of them living in Africa, according to the World Health Organization.

Infection usually occurs in childhood leading to undetected damage. However, the severely disfiguring effects of LF are greatest in adults when they can experience permanent disability caused by swelling in parts of their bodies.

When a mosquito carrying the parasite bites a person, the parasite enters the body, migrating to the lymphatic vessels where it develops into an adult worm. The infection causes the lymphatic system to function improperly, leading to fluid buildup and swelling (lymphedema).

Elephantiasis is a severe symptom of LF where extreme swelling of the skin and tissues, typically in legs and genitals, results in baggy, thickened, and ulcerated skin. Swelling in the legs can be so severe that it affects mobility.

In men, lymphedema of the genitalia usually involves swelling of the scrotum, often to the size of a watermelon making it very painful and difficult to walk. In women, the condition may present swelling in one or both breasts.  Even with no physical signs of infection, LF can internally damage kidneys and alter the body’s immune system.

Besides the physical pain, people living with the disease can suffer tremendous social stigma. They can experience a poor quality of life and are often unable to work, provide for their families, or be active members of their communities, resulting in mental and financial losses that contribute to the cycle of poverty.

Getting to the END:

The current treatment strategy is based on studies that show infection transmission can be broken if a combined drug therapy is distributed annually for approximately five to seven years.  In September 2017, the WHO approved guidelines for a groundbreaking new treatment strategy using a combination of three medicines — ivermectin, DEC, and albendazole — which could reduce treatment time to just one or two years.

The WHO goal is to eliminate LF as a public health problem by 2030. As of 2017, eleven countries have achieved this goal, with ten others that have stopped mass treatment and are currently under surveillance to confirm elimination.