For thousands of years, parasitic worms have held back human progress. Disease caused by the most common of these infections — roundworm, hookworm, whipworm and schistosomiasis — have stymied human health, causing pain, stealing nutrients, and stunting both physical and cognitive growth in children, preventing them from reaching their full potential. But today, we can prevent and treat these devastating parasites for an average cost of less than 25 cents per child.

While existing deworming programs have successfully reduced suffering caused by parasitic worms for millions, treatments are still not reaching one out of every three children that need them. This is why we need your help.

Deworming is one of the most cost-effective social investments. Studies show that children who are dewormed miss less school and girls are more likely to graduate secondary school. In fact overtime, children who are dewormed earn more money than their peers that do not receive treatment. Specifically, schistosomiasis leads to the deaths of more than 170,000 people per year. Ending intestinal worms and schistosomiasis would remove a large barrier to economic growth in communities across Africa. In fact, the effects of deworming on alleviating poverty are so significant that Michael Kremer was awarded the Nobel Prize in Economic Sciences for his study in Kenya that established this link between deworming and higher educational outcomes.

“This year’s Laureates have introduced a new approach to obtaining reliable answers about the best ways to fight global poverty. In brief, it involves dividing this issue into smaller, more manageable, questions – for example, the most effective interventions for improving educational outcomes or child health. They have shown that these smaller, more precise, questions are often best answered via carefully designed experiments among the people who are most affected.”
-Nobel Prize in Economic Sciences Committee 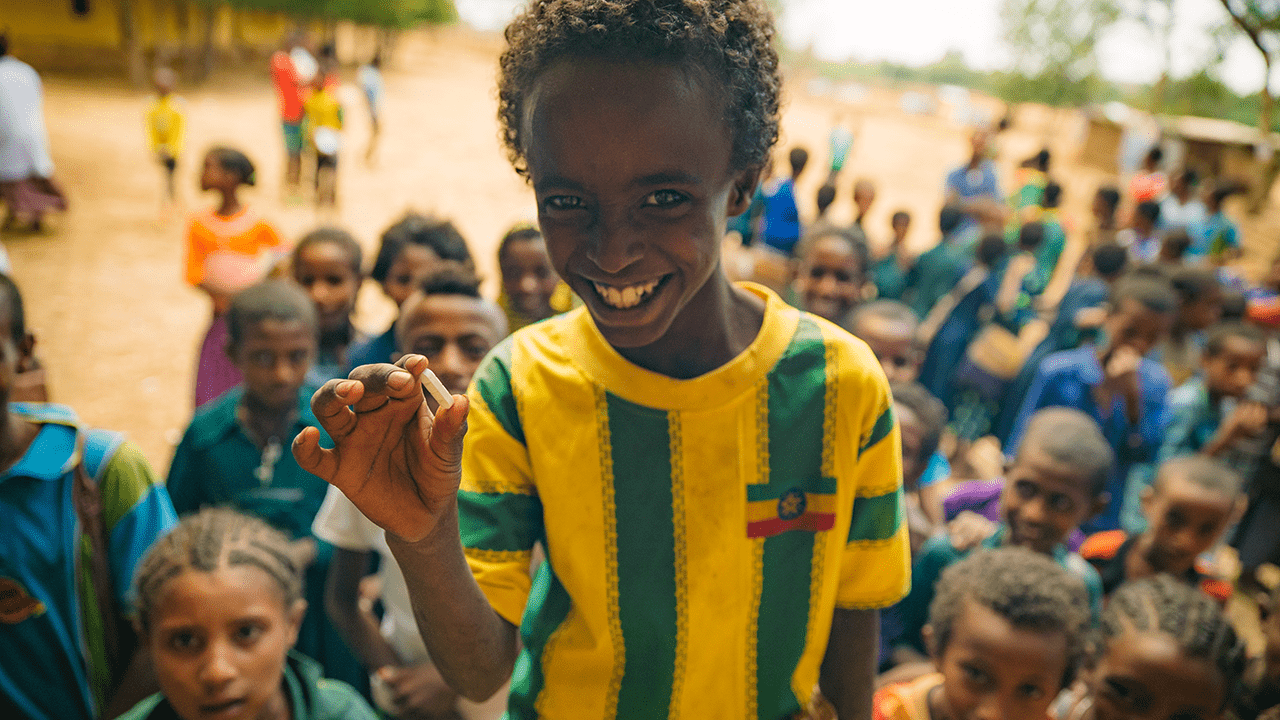 A 25 dollar donation could help provide treatment to up 100 children.

Treatment for these two devastating diseases is mind-blowingly cheap due to an unprecedented drug donation campaign led by pharmaceutical companies. As a result, it costs less than 25 cents to provide deworming treatment to one child for one year.

We believe investing in and alongside local resources, has the potential to end these diseases in our lifetime.  We work closely with NGOs to build capacity at the local level, strengthen health systems, deepen knowledge about NTDs, and integrate with efforts to scale up community health worker programs. Our ultimate goal is to transfer programmatic ownership to countries. For more read our case study from our deworming program in Rwanda.